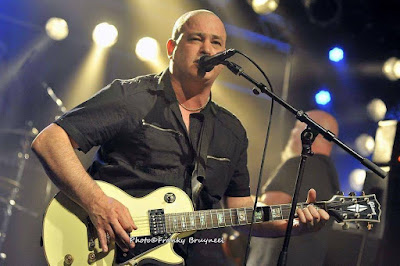 What do such bands like Tygers of Pan Tang, Blitzkrieg, Avenger and Fist have in common? Yeah, they are all from North East of the UK and were signed to Neat Records. And they all had singer/guitarist Glenn S Howes in their ranks. Though he wasn’t a founder of any of these bands he helped them to carry on. Sometimes he came to a rescue like it was with Tygers but sometimes he did help to put the bands back on track, contributed to songwriting and recording for which he deserves a credit from both bands and fans. So here is the man speaking about his career (I urge you to check out this and this interviews done by Garry Alikivi to learn more about Glenn’s adventure with Tygers and his early influences).
Дальше »
Автор: KC Wild на 11:56 Комментариев нет: 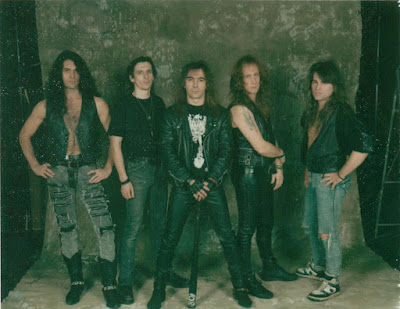 Gangland never were a NWOBHM band as they came up at least 10 years late to be a part of that movement. But they did have strong connection to such acts like Deep Machine, Touchstone and Battlezone. After short interview with ex-Gangland/Battlezone guitarist Paulo Turin I decided to do an in-depth interview with Mark Storey, singer of Gangland. The band never made it big although enjoyed some success in Japan where appeared on a compilation called “Metal for Muthas ‘92” and released a single. So how was it to be in a starting rock band in the UK just before grunge wiped out everything? Mark Storey is ready to tell you!
Дальше »
Автор: KC Wild на 12:01 Комментариев нет: 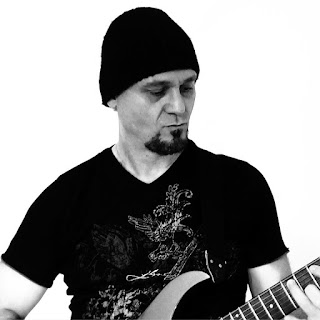 I’ve already touched Paul Di’Anno’s career after Maiden (see the interview with Mark Venables) but I believe that this subject could fill dozens of books. So here is a small bit of Mr. D’s history according to Paulo Turin who recorded “Feel My Pain” with Battlezone and Di’Anno’s solo album “Nomad”. 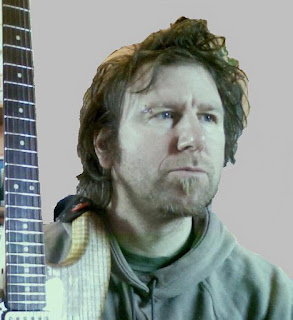 Mick Procter wrote his name in metal history with Blitzkrieg’s classic of the genre — the album “A Time of Changes”. He also was in Tygers of Pan Tang for a brief period of time. That’s probably all that a regular metalhead knows about the man. When I approached Mick, my main focus was his first band Nato who released a single “Gangland” in 1981 which is now one of the rarest items among NWOBHM releases. And Mick didn’t let me down providing detailed information about this act and telling stories about his time with Jess Cox Band, Spear of Destiny, Hearts of Darkness and more!

If you have heard the EP “Devil Takes the High Road” of the Welsh Traitors Gate you know this feeling when goose bumps cover every inch of your body as the singer starts screaming “New horizons stretch the mind…”. Man, this song still excites me every time I listen to it! So the EP alone would be enough to induct the band to the hall of NWOBHM fame (if it existed). Luckily Traitors Gate reunited in 2016 and released their first full-length album “Fallen” in 2018 on No Remorse Records — very decent and competent effort. I've contacted bass guitarist Stephen Colley to talk about both old and new events and the latest news about Andy D’Urso’s health issues. Here you go, folks.
Дальше »
Автор: KC Wild на 00:49 Комментариев нет: 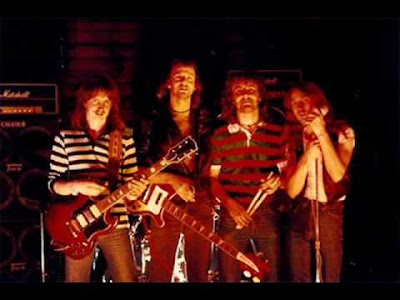 “Staffordshire’s outstanding Reincarnate were unquestionable one of the comparatively few British outfits who genuinely epitomised the term NWOBHM in its purest and original sense” — these words are taken from Malc Macmillan’s “NWOBHM Encyclopedia” and if you have read it you know that such kind words are rare to find on pages of the book! I guess many of you are already familiar with their legacy (a demo and a single) but if you are not and still have some doubts the name Paul “Fazza” Farrington of Demon’s and Harrier’s fame should convince you to check them out! So take a seat, turn on the music louder and have a good read with Dave Tye (drums) and Paul Farrington (bass).
Дальше »
Автор: KC Wild на 10:35 Комментариев нет: 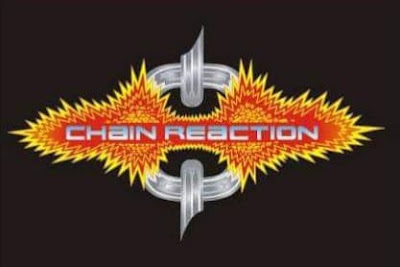 A band called X tried really hard, recorded a bunch of demos with some very decent songs but never made it big and split-up. I guess this was a formula for many many young and talented acts who emerged during NWOBHM era. Cornwall natives, Chain Reaction, were among them. The band went through numerous line-up changes and released several demos but the only one original member and driving force behind Chain Reaction was Del Hodd who patiently answered all my questions. Here we go!
Дальше »
Автор: KC Wild на 12:56 Комментариев нет: